The solution whatever your material

ALLU continues to expand and add value to business across the globe.

Some of the many applications that Qld Rock breakers and RDW group have seen a great benefit for business include. 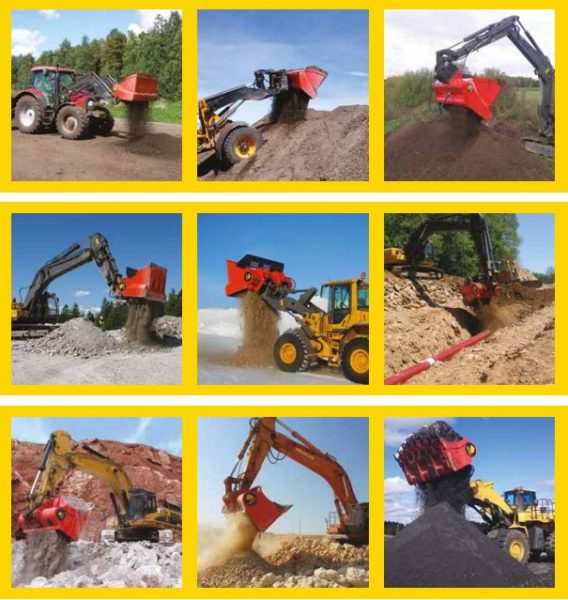 The latest success for ALLU includes a joint venture with Mapei group, with huge benefits for any concrete plant and the recycling of product.

ALLU and MAPEI are both world class leading companies in their respective fields with global distribution networks. Through the cooperation customers will have access to the highest level of knowledge within concrete recycling.

The ALLU MAPEI Circulus system is aimed at large and medium sized RMC producers or cement/concrete recycling companies who wish to reduce the cost of handling returned concrete waste. Besides the positive environmental effects, through less new material needed, the system will generate substantial savings in production, as well as adding value to the manufacturing processing by adding renewable product, which can be reused.

The ALLU MAPEI Circulus system assists in moving the concrete industry towards sustainability in concrete manufacturing. The global consumption of concrete is a staggering 23 Billion tons per year, and it is estimated that approximately 2% of all concrete produced in the world is returned to the producer. The majority of this ends up on a landfill. An estimated five (5%) percent of all man-made carbon dioxide emissions stem from cement and concrete production. Two (2%) percent of produced and returned concrete adds up to 460 million tons being unnecessarily put on landfills, resulting in a staggering total of 53 million tons of carbon dioxide being emitted. With the ALLU MAPEI Circulus, there is an opportunity to save up to 96% on the above-mentioned CO2 emissions.