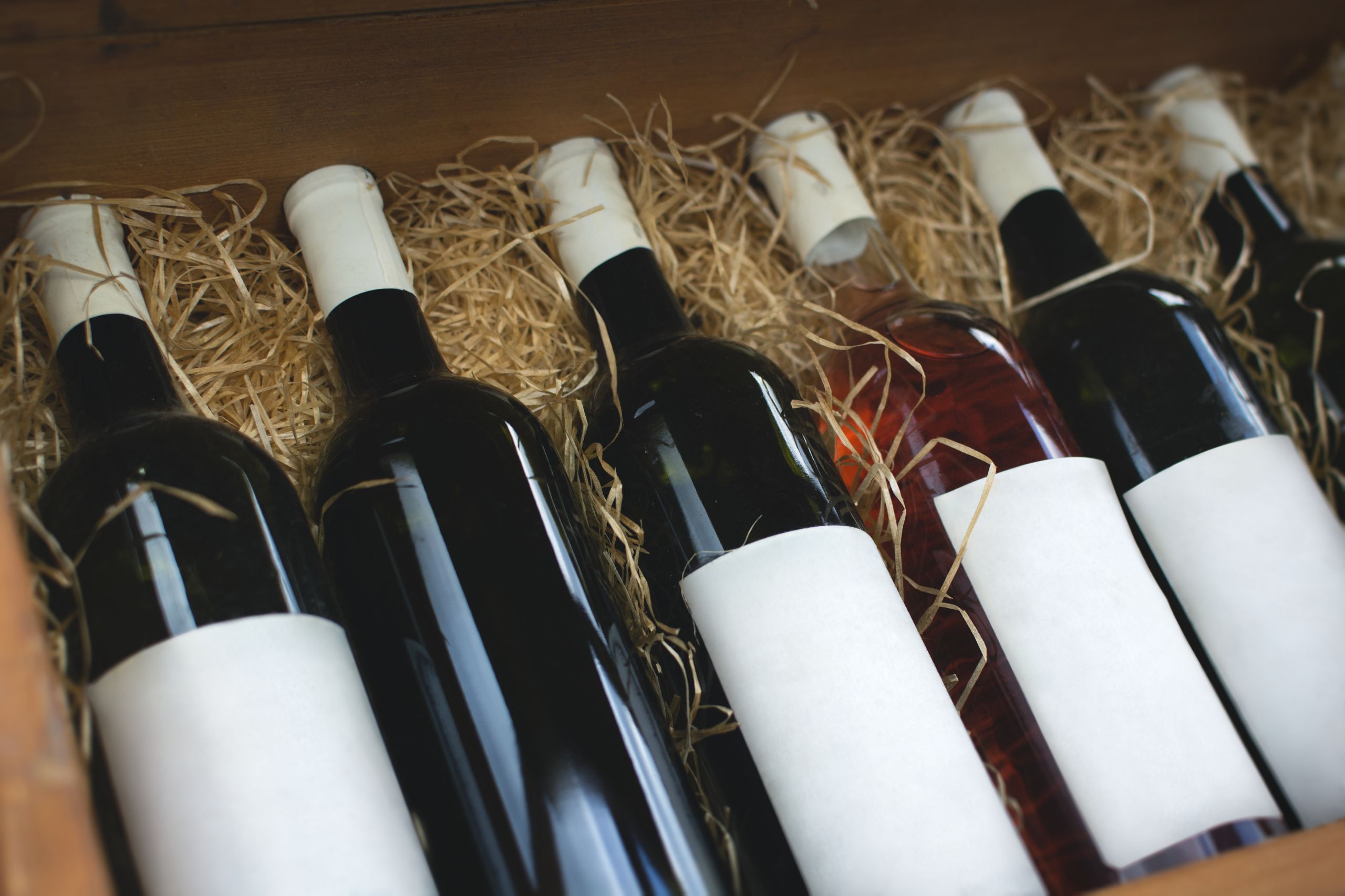 Who determines if something is inappropriate? Is it the giving or receiving a bottle of wine or a watch which is inappropriate? “What is the current % level of ethnic/race/age/gender (take your pick) employment within your total organisation?” – a very telling question. After the very positive response to last month’s article with lots of readers sharing their stories, it is clear that many unspoken topics deserve open discussion. Let’s look at the above issues one by one.

“Gifts” come in many shapes and sizes. It can be tickets to the footy game, a bonus of some kind, a Christmas hamper, or a case of beer. By definition, a gift is a thing given willingly to someone without payment. There is however a fine line between showing appreciation by giving a gift and that gift being perceived as a bribe, which is defined as “dishonestly persuade (someone) to act in one’s favour by a gift of money or other inducement”. Let’s use some examples.

NSW Premier Barry O’Farrell was forced to resign for receiving a $3,000 bottle of wine (although he didn’t know the value) as a gift to him for against-the-odds winning the NSW State election. There was never any accusation that he was even asked to provide any favour. Was it the value that made this inappropriate? Or that it came from a private individual who also happened to own a business? Other people in similar roles have received financial benefits through for instance insider property deals that far exceeded the value and haven’t been required to resign.

By comparison, Christine Holgate, CEO of publicly owned Australia Post, lost her job for inappropriately giving four senior executives in her team Cartier watches worth approximately $5,000 each. In this case, it was the giver who resigned from her job. So why was this seen by many as inappropriate? Basically, Holgate used her discretion and decided to give a luxury watch to the executives who were already well paid and receiving bonuses, just for doing their job. It made headlines because it showed Holgate to be out of touch with that Australia Post is a publicly owned corporation, and this was not their money (i.e. it belongs to tax payers). Considering there are many more public servants receiving performance bonuses, maybe there should be greater scrutiny across the board? In the year of the watches (2018), there were 919 federal public servants who received more than $5,000 in bonuses. Government owned NBN Co for instance awarded $78 million in bonuses to more than 6,000 employees in 2020 (an average of $13,000 each), which is in a government business that can hardly be regarded as performing exceptionally. It happens in public and private companies also.

As the saying goes, it’s only a rort if you aren’t in on it. So long as everything is above board (i.e. within their approved packages and a bonus is for achieving an exceptional outcome, as well as being disclosed), and if people are spending their own money, then maybe that should be the yardstick?

Which brings me to the latest fad: showing Diversity and Inclusion. And what better way to signal to everyone just how great you are at this than to segregate people on the basis of their ethnicity/religion/race/gender/age or other “worthy” measure? Many large businesses and Government bodies are now making out that they are required to measure these metrics, in some cases stipulating that they need to achieve quotas internally and insisting on them in their supply chain. An increasing number of these companies now send out surveys to their suppliers, which they clearly have never filled out themselves and raises questions as to how they can verify the responses. But it gives them an internal tick that yet another process is in place for “doing the right thing”. A truly inclusive and diverse business does not discriminate along these lines, such as employing based on achieving a target, let alone record and distribute these figures as if to show how “socially responsible” (or should that be irresponsible?) they are.

How would for instance all businesses achieve a 5 or 10% Indigenous workforce, when people identifying as indigenous make up about 3% of the population? Besides, employers are forbidden under the Fair Work Act in a bid to stop discrimination from asking these details during an interview, and even if you obtain these details for personnel files, a business is still not allowed to disclose personal details to external parties. Aggregating them might not breach privacy concerns, however measuring and then using the results to achieve a target is clear evidence of discriminatory policies and practices within these entities.

72% of Community Service workers are female. 89% of machinery operators are male. There are societal gaps in all sectors within our country. The media and Governments are currently tying themselves in knots to achieve gender equity in senior Government roles. Some people have been made aware that 46 of 151 House of Representatives are female (30.4%, consistent with both Canada and New Zealand for instance), but how many know that 39 of 76 Senators are female (51.3%)? On 30/6/2020 (most current available information), 48.5% of Government Board positions were held by women. In the overall working population, 47.2% are women. Women constitute 37.9% of all full time employees (which means nearly two thirds are male), which partly explains why hours worked in a year in Australia are 30% higher for males (average 39 hours per week) than females (average 30 hours). A senior role requires a fair degree of commitment, so it is worth noting that the distribution of hours worked by gender shows that 25% of all working men work more than 45 hours per week, whilst the figure for women is that half as many put in the above “normal working week” 45 hours or more (12%). There’s another argument to be had over who the smarter gender is from this statistic. But is equality then to be based on number of participants, or in proportion to hours worked, or available applicants able to work the required hours?

Now before jumping to any conclusions about any supposed gender bias, I believe there are currently 4 people suitable to being Australia’s PM. Based on their morals, values and actions to stand behind not only their own beliefs but to act in the selfless best interest of Australia, my list of 4 consists of 3 women, one of whom also happens to be indigenous (no separate voice required). My most admired current large business leader is also female. How about we just select the best person for the job?

To show the absurdity of a quota argument, think of it like this. Let’s say 10% of the population are high achievers, leaders, the best and brightest or whatever term we chose. Short of having some kind of superior race etc, it’s also fair to assume that ratio is proportionate across all sections of our society. So, if a segment has 30% of X attribute, in a pool of 100, there will be 3 “excellent” X’s. That means of the remaining 70%, there will be 7 excellent “Y” attribute candidates. To achieve 50/50 parity in say a management team of 10 people, any kind of quota will then include 3 excellent “X’s”, 5 excellent “Y’s” and 2 not-so-excellent “X’s”. That also means 2 excellent “Y’s” are left to wonder why they were excluded, and it casts a shadow of doubt on all the X’s as to whether they have their role based on merit or for other reasons. 5/30 = 16.7% of available X’s are represented, versus 5/70=7.1% of Y’s achieved representation – is that equitable inclusion or indeed representative diversity? Like at school when sports teams were divided up, whether you were the solid performer or the kid who should perhaps have been allowed to do something else, you all knew none of you would perform at even your own best potential, let alone would form the team with the best chance to win. Hard to soar like an eagle if you try to fly with turkeys.

Much as we’d all like things to be black or white (If we’re still allowed to use such expressions), there is always going to be a lot of grey. Many times, what is right or wrong will be in the eyes of the beer holder. We might need more than one (beer that is) if we are to find rhyme nor reason in some of what goes on. Doesn’t really matter “what” you are, so long as we all take turns in pulling our weight, I’m sure we’ll all work it out. Hopefully soon. Cheers!