HomeRDW NewsLanding in a tax mess

Landing in a tax mess 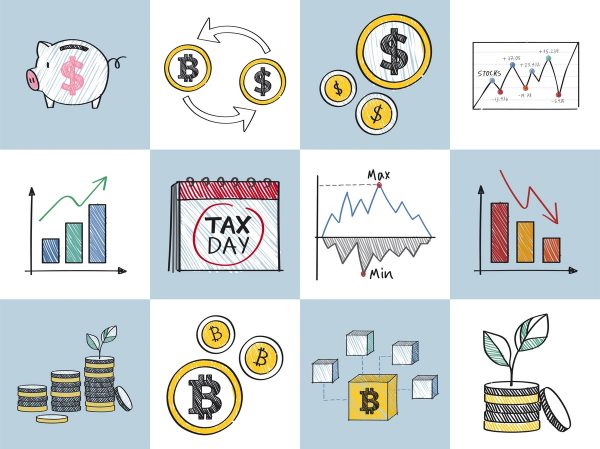 Landing in a tax mess

Our society would cease to function if we didn’t have tax revenue. So it is important that taxes are collected fairly, and that they are used effectively. Not many taxes are more unfair than those around property. But that only affects the rich property owners, so who cares, right? Not true, property taxes are imposed by State Government and Councils (through rates) and impact on ALL Australians.

There are three main taxes attributed to Property:

Aside from the value of the actual Asset being purchased, this is the biggest cost in nearly all property transactions. Stamp duty was supposed to have been abolished by the States in return for the GST revenue, but it remains in place as one of the highest tax streams. The worst part of the tax is the inefficiencies and issues it creates in our society: it is a disincentive for people to buy and sell property, meaning that they hold on it to when they should perhaps move. Think for instance of empty nesters making houses available for growing families or increasing the mobility of people to be able to take up employment.

Using Brisbane City Council as an example, they have 77 different rate categories. Rates are calculated based on land values (more on this later). Whilst it is the owner who pays rates, the cost gets passed on through higher rents, hence affects everyone. Rates on investment properties are higher than on owner occupiers (which should be a perfect case of discrimination for a class action) and have been increasing faster than inflation in most council areas for many years now.

Often stated as a tax on the rich, Land tax is also calculated based on the land valuation of property. Depending on the Total Taxable Land Value of the holder and the type of entity (individual, trust etc), land tax in Qld can be up to 2.75% of the property value (add a further 2% if owned by a foreign entity). This might not sound like much but is higher than savings interest rates and has become a significant cost, especially due to the recent jump in land valuations. For Commercial property, the land tax is passed on to the tenant, usually a business, which means that the business has to pass on the cost through its products/services. As this is often difficult, it means less profit for the business, and impacts on investment and business expansion, as well as ability to expand and pay the workforce more.

Where the system has gone wrong

I hadn’t made the full connection of how bad these taxes are until I was talking to some friends recently. Having owned two properties for over 20 years, they just received their Land tax assessment notice. The land valuations increased by 125% and 347% respectively, leading to a tax increase this year of 53% compared to last year. The real kicker is that assuming no further adjustments in coming years (unlikely, as valuations should be reviewed by the Department of Natural Resources, Mines and Energy every year), then because the system works by averaging the last three years valuations, in two years’ time the tax rate is increasing by 160% of what it was last year. That’s nearly a tripling of tax for the same block of dirt. To put this into perspective, the land tax portion (i.e. tax on the land only) in this particular example will be over a quarter of the total rent collected (which includes the rent from the buildings), which is outrageous by any measure.

How can this happen you might ask? Well, the property has been valued by the department at 19 times more than what a larger block of land across the road sold for 3 years ago. So even if we used the lowest land tax rate of 1.7%, the land tax payable on these two properties over three years is roughly the market value of the land! What will that do to the ability to sell the land, and how would you expect a tenant to cope with that kind of unexpected increase? A local real estate agent for the area has worked out that the average land valuation increase was 50.4%, leading to an increase in tax payable of 76.8% (due to bracket creep)! My friends’ example is therefore not a one off and shows huge discrepancies in how land valuations are done.

How can this be fixed?

This reminds me of the late Kerry Packers famous quote:

“Now of course I am minimizing my tax and if anybody in this country doesn’t minimize their tax they want their heads read because as a government I can tell you you’re not spending it that well that we should be donating extra.”

The fix is that our Governments (State and Council) start utilising the tax money they have much more efficiently, so they can reduce the tax burdens around property that impacts on everybody. The next step is a major review and rethink, much like when Death taxes were first abolished by the Joh Bjelke-Petersen Qld Government in 1979.

Both Stamp Duty and Land Tax should be abolished as they create inefficiencies in our economy. A better tax would be a Property tax applied to all property users. If it was applied based on a combination of building area and land area (combined with zoning differences for example between rural and central areas), the amount per property to raise a similar amount of overall tax would probably be a reasonably low impost on each person. Might sound complicated, but if BCC alone has 77 different categories, surely some kind of workable matrix could be achieved. An alternative would be to have the tax applied to something like a percentage of average sales values for a region multiplied by the square meters of the property. These criteria should be combined with a maximum rise and fall clause of say 5% per year, which would reduce shocks like my friend’s situation as well as smooth Government revenue in situations like when property transactions dropped.

We had a strong response to last month’s newsletter highlighting the sell off of Australian assets (land and businesses) to foreign entities that do little to contribute to our society other than a short term sugar hit. This is especially pertinent during the distressed sales of drought affected agricultural land, with one reader highlighting that in Victoria there are Indian buying conglomerates of up to 1,400 members pooling assets to buy farm land. I also recall the sale of Cubbie Station in Qld a few years ago whereby a foreign buyer recovered nearly the full purchase price the year after purchase through a bumper cotton crop. Visiting friends at Southbank recently, they pointed to about half the units in the complex opposite them never having any lights on – owned by overseas persons as an investment “insurance policy”, all whilst we supposedly have a housing/unit affordability issue.

Our Governments don’t seem concerned by these purchases “because they can’t take the land back home”. I get that, but what is happening is that the products from the farms are being earmarked for overseas markets, eventually leaving Australia short. Further, we export the raw product at low transfer prices (to reduce local tax) with the value add taking place overseas. That’s less export revenue and less jobs, thereby reducing Australia’s wealth by exporting it. Things like the sale of Darwin Port and other critical infrastructure is sounding loud alarm bells out in the real world. Tying these issues to this month’s newsletter topic, maybe applying tax surcharges for un-utilised property and assets (such as water rights) and foreign owned land (available only on a leasehold basis) would go some way towards ensuring long term benefits to all Australians?