Recovering from a Virus 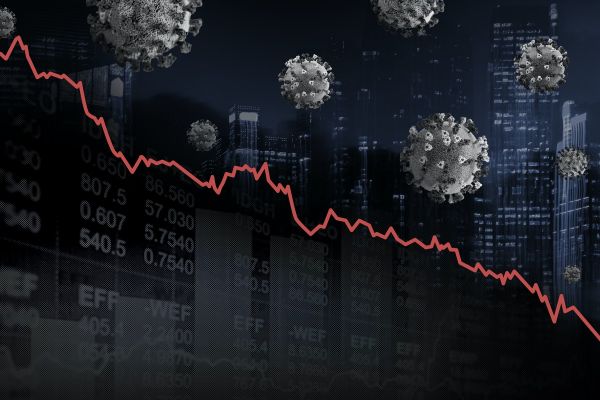 Throughout our modern history, the most economy destroying episodes have been caused by viruses or war. Australia has so far handled the COVID-19 outbreak better than probably every other country in the world, with less than 1% of our ICU beds currently in use. The death toll at 63 is a fraction of the predicted models of over 100,000 deaths. Emergency departments admissions are down 70-80% on normal (and mostly consist of DIY). Whilst this is far from over, we are now at the phase of needing to prepare for how we get out of this situation before our economy can’t be resuscitated from its hibernation. So, what will our future look like?

There are already measurable impacts on our economies. Many published figures are rubbery at best, with forecasts that our economy this year will slow by something like 2-4% for every month the lockdown persists, which seems a huge underestimation unless they are including the over $150 billion in Government stimulus as being part of our economy. Toll roads are running on 50% of the normal traffic and mobile phone movement location data tracking shows general movement of our population is down more than 40%. Power consumption is down 20%, which combined with the reduced travel is giving us a small taste of what life in a CO2 free world will look like. Nevertheless, these measures show a major economic slow down.

Looking at the larger sectors that make up our economy:

Mining remains our quiet achiever. Across the various minerals, mining volumes have increased in the past year, and are increasing in relevance from about 9% of our total GDP. Further, prices in AUD have improved, and hence as a result, profits have also increased. Despite lawfare preventing many mines from being developed and whether we like it or not, the income tax and royalties paid by mining is greater than the total cost of our education system, university and vocational training funding combined. So far, mines have been able to stay operational, and we should expect mining to be a growth sector due to its importance as our largest export industry (57% of exports). Thinking logically, many of the delayed approvals for mines should be given green lights ASAP so we can capitalise on this foundation of our economy.

Agriculture (about 4% of GDP, and 10% of exports) is also seeing growth despite the drought overhang, and should continue to grow, especially if we can start working on water sustainability through more dam capacity.

Construction (8% of GDP) is also still functioning reasonably normally. However, this is due to that projects already under way will mostly continue until completion. The impact of COVID-19 will therefore be delayed in this sector, and dependent on approvals and investment for future projects. Expect residential and retail property development to take a dive. However, with fistfuls of dollars being thrown at most sections of the economy already (and for Qld with an election later this year), expect to see some infrastructure investment. The biggest hit to the Construction industry will start in 6 months time, as I’ll explain below.

The rest of the economy is either “immune” to the effects of the virus, or decimated altogether:

Anything “Government backed” has so far not been part of “sharing the pain”. However, with probably an additional $500 billion to $1 trillion in unfunded spending on stimulus measures, that debt can never be repaid simply by taxing the less-than-half of the population that pay net tax more. GST will probably have to be expanded and increased, but the only way to repay debt will have to be by substantial spending cuts. There are some easy wins (like cancelling the French submarine contract and replacing it with off the shelf designs, saving about $50 billion). However, with total “normal” Federal spending of $520 billion (and the States and Councils combined roughly doubling that figure), the required measure would be to reduce the cost of all Government by about 30%. With welfare accounting for $200 billion of the above, it’s highly unlikely they’ll cut anywhere near that (which would still take over a decade to repay), which means we should hope the lockdown can be ended sooner rather than later, and that our economy is free of other hurdles going forward (also unlikely, as explained below).

Which takes us to other sectors of the economy. Manufacturing, representing 6% of the economy (and 10% of our exports) is trying to re-invent itself. With the angst generated against China and most countries becoming protectionist, Australia needs to resuscitate our manufacturing so we can become more sustainable. There will be a “buy Australian” boost, and whilst many will be happy to pay probably 10% more for Australian made compared to the landed cost of overseas products (which includes a transport component Australian companies shouldn’t require), to achieve that will require major reforms. If we can’t achieve that target, the demise of the sector will continue in a couple of years’ time. This will however raise inflation and with it, interest rates (which isn’t necessarily a bad thing, especially for hard hit retirees).

Then there are the “basket cases”. Tourism in Qld has already lost $6.5 billion in revenue in the last 80 days, with 70,000 employees affected. Aviation is down 95%, and still declining, and with borders closed and people prevented from travel, it will be very hard for this sector to fully recover. Sports, the Arts and entertainment sectors are likewise decimated. Our Universities have lost 20% of their revenue from foreign students, and because that revenue was largely attributed to back door Visa’s that will now likely be cut back (as opposed to students choosing our universities for their education prowess), that sector will also need to refocus on creating value. Restaurants and café’s will also only see the survival of the fittest, as will retail. As a result, retail property will also decline disproportionately.

Then there are the “green shoots”. Much like supermarkets saw a surge in demand, gambling is up 67% and off-premise alcohol sales is also up substantially – any co-incidence that it aligns with the doubling of welfare (and will hence crash back to earth when the payments halve back to normal)? The $750 top up payment was also spent on food delivery and home improvements. Whilst low income welfare dependent households have splurged as expected, high income Australians have decreased discretionary spending by 25% since the crisis – let’s hope they holiday and spend locally when normality resumes.

The economy is therefore likely to trundle along at the current level for the next 5 months or so. The big unknown is the lasting impact from the mea culpa our society faces from the shutdown. Massive stimulus has been thrown at large sections of the economy to keep the doors open. However, this will have unintended consequences. Insolvencies and Voluntary administration are so far DOWN, which shows businesses that “should” have failed remain in the market, dragging down overall profitability whilst on their last gasps, resurrected by allowances and guaranteed loans. The “sleeper” is that for the next 6 months Director’s aren’t liable for insolvent trading – so especially in our industry, watch for an avalanche of company failures starting in 6 months time and cascading through for about 2 years. This timing also co-incides with when employee support measures (such as Job Keeper, payroll tax relief etc) will expire. There has also been no analysis of the impact on company profits from the reduced revenues to date, so expect tax revenue to fall and asset values (shares in particular) to fall somewhere between probably 25-50% to find its new level (just a guess, but super funds are about to start cashing in to meet withdrawal demands). Many businesses and employees are re-inventing themselves by working from home, and many businesses are finding waste in how they have been doing things before. Expect a refocus on firstly survival, then sustainable cost structures moving forward if businesses are to be around in the long term.

The sector of the economy that has the best future prospects must be Mining, Construction and Agriculture (and possibly manufacturing). It would be a massive mistake if this crisis doesn’t allow these sectors to fully flourish. Notwithstanding that we can continue to function short term with social distancing measures, we have competitive advantages so we can continue to grow our exports in these sectors, and they contribute greatly to the betterment of our society. Time for some real nation building.