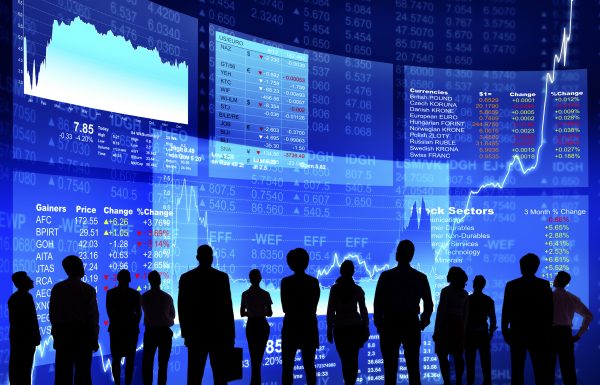 After a world record 28 years of uninterrupted GDP growth, there will come a time when the music slows. A rising tide lifts all boats, but it is when the tide subsides that you can see who was swimming naked. This will be the time when we see which businesses have had real leaders who have worked on their business actual purpose, rather than prioritised popular causes. Leadership is now about to have a spotlight shone on it.

We have probably already started to see the well overdue correction. Whilst GDP has grown, GDP per capita has been stagnant or declining – a sign that it has been population growth from immigration that has been propping up the official figures. Whilst GDP is effectively a “turnover” figure, the wealth and income per person has therefore been declining. No wonder the latest figures show that the recent tax cut was largely used to pay down our record high housing debt rather than simply spent in the economy.

This is when strong and focussed leadership comes to the forefront. Good leaders are connected to their business and know what is going on and understand what their customers think of them, and what the issues are that their employees have to deal with. Good managers roles are to facilitate and make business functions more efficient and effective. All too often, managers are pre-occupied with developing tick-and-flick processes to cover their arse to make it look like they are managing when they are in fact not achieving good outcomes.

The frightening part is that the bigger the organisation, the more disconnected the “leaders” are. Just look at the findings from the Banking Royal commission (but the same is true of many other segments also). Companies exist to generate an investment return for their owners. Full stop. To achieve that goal, businesses need to understand that they exist to serve their customers who ultimately pay the bills, and the best way to look after your customers is by looking after your employees. All the rest that businesses nowadays get side-tracked with is just harmful noise. Big business can learn a lot from remembering how to be a smaller, 100% accountable business.

Take Gillette as the prime example. Having built up a reputation over decades around selling razors that were “the best a man can get”, the company for some reason thought it was appropriate to run an advertisement campaign that stereo-typed “toxic masculinity”. By listening to noisy minorities and thinking it was being socially trendy, all they achieved was to insult their customers, and the backlash will go down in history as a case study in marketing stupidity. They achieved applause from activist groups, but (surprisingly?) it turns out they weren’t the people buying their products. Their customers jumped ship, and in less than a year, Gillette owner Proctor & Gamble had to declare an $11 Billion loss due to the reduced sales and value of the Gillette brand. Many customers have vowed never to return, and Gillette can probably claim to have brought about the term “Go woke, go broke”.

Not that Gillette have a monopoly on wokeness leading towards broke-ness. In the ultimate box ticking exercise, BHP thinks it’s a good idea to insist that their customers report to BHP on their carbon (dioxide) output, so that BHP can work with them to reduce the CO2 output from using BHP’s products. The success of reducing their customers CO2 output will now be a key executive pay structure KPI. So, despite their CEO Andrew Mackenzie stating that by reducing the use of the products these customers buy from BHP will “just be moving the emissions up the chain”, they have embarked on a process to encourage their customers to use less of BHP’s products. The best word that springs to mind is simply “Dumb”…

There are however some very good business leaders out there. Gerry Harvey and his wife Katie Page have successfully run Harvey Norman for decades now, and really only involves himself in topics that affect his ability to run his business. Harvey was one of the few business leaders who stood up for Australian businesses when overseas companies didn’t have to pay GST whilst Australian companies did. Whilst nobody likes to pay more taxes, especially when they are generally very poorly utilised, he copped a lot of the criticism for that, but it has allowed not only his company but many other Australian businesses to remain in Australia through a levelling of the playing field.

Gerry Harvey came out this month criticising “box ticking corporate governance requirements”. The background to his comments is the excuses given by his retail competitors blaming difficult trading conditions for their poor performance, combined with pressure from superannuation fund groups that have forgotten their sole purpose too (to grow members investments – in case that was unclear to anybody) . Harvey points out that whilst it hasn’t been easy, his company has improved its performance. The underperforming competitors have unanimously forgotten about the importance of profit, whilst embracing box ticking related to for instance employment quotas leading to promotion of often unqualified and inexperienced underperformers from within clique networks. Now for all those who criticise Harvey’s comments, they should perhaps reflect on that without being profitable, any business will not be in a position to achieve anything for any stakeholders. Or as Harvey says: “I do believe in diversity and I do believe in protecting the environment, but it doesn’t mean I believe in those things to the extent where I make a lower profit and ruin my company”.

We need more Gerry Harvey’s that use common sense and understand that if a business lacks leadership that focusses on its core business raison d’etre, it won’t be able to achieve any other objectives either. The best way to cushion ourselves from tough trading conditions is to return the focus to fundamental business management practices. When times will inevitably get tough, businesses that have lost their purpose can’t be headed up by people whose main ambitions are leading the way towards broke-ness.

You may also be interested in
Tags: Business / Leadership / rdw