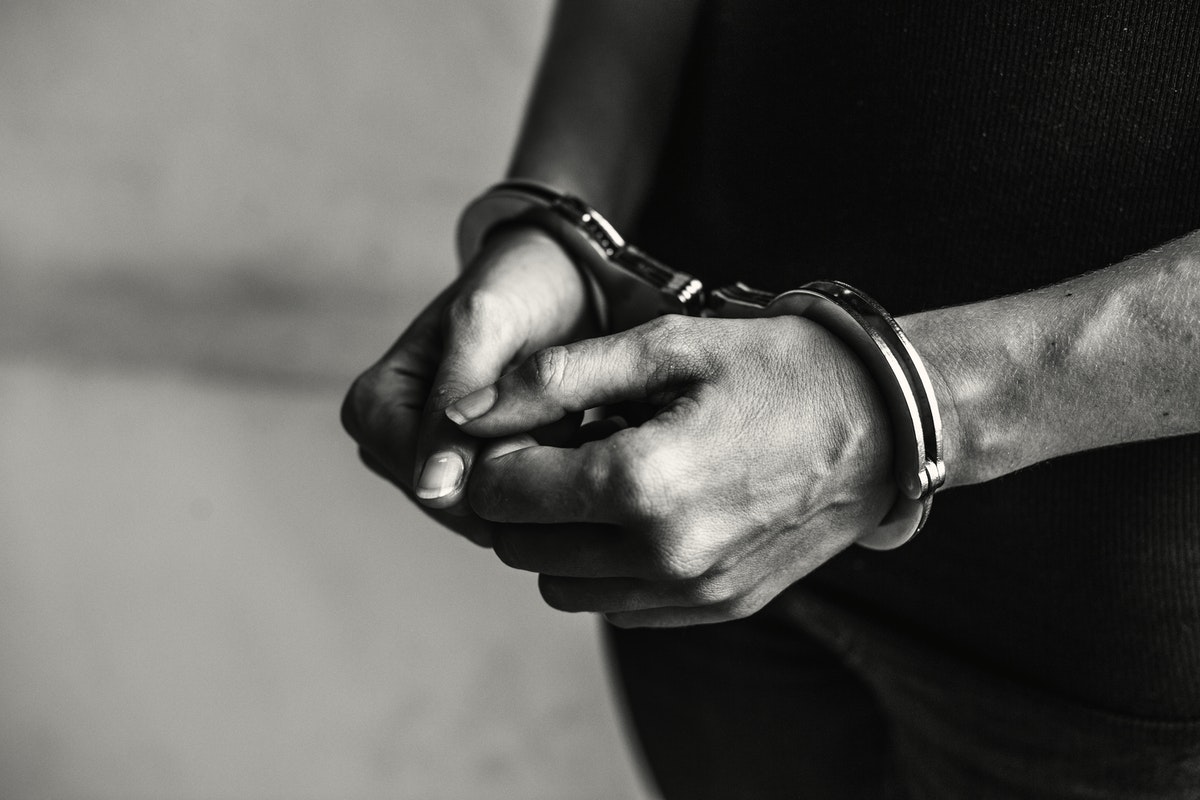 There’s a knock on your door. “Senior Sergeant Jones here, please come with me down to the station to answer some questions.” It’s Wednesday evening, you were just about to head off to your daughter’s netball training. Some of the neighbours see you walk down your driveway and hop into the back of the squad car.

At the station, you are led into a room and it is explained to you that there was a violent armed robbery carried out at a service station on Saturday night March 3, 2007 by a man and woman in a suburb not far from where you lived at the time. New information has come to hand, and there is a person that has identified you as a possible suspect. Who is saying this? “Sorry, we can’t disclose the witness’s identity to you out of privacy reasons.” Why are you a suspect? “We can’t disclose details of the information we have against you as it may reveal the identity of the informant or prejudice the case”.

What do you do?

Challenging as it can be to recall what you did even a week or month ago (was that holiday down the Gold Coast when you ran into Chris last September holidays or the year before?), you try to remember something over 10 years ago. Yes, you lived in the area (but travelled interstate a lot), partied hard on Saturday nights too. Money was a bit tight at the time as they can see from the bank statements they show you. But you know you didn’t steal anything, never owned a gun, and aren’t a violent person.

After a nights tax-payer funded accommodation, the newspapers start reporting about a breakthrough in the Ellipsis cold case investigation. Your photo appears on the front page. Radio and TV start reporting on you. A picture appears of you online brandishing a large cutting knife giving your best Norman Bates “Psycho” impersonation from around the same time as the alleged event. Then there’s the photo from the bush weekend away with you holding the ornamental shotgun from above the cabin’s fireplace. CCTV footage is leaked of a person in the area with a similar build to you.

“We worked together at that time. I remember the emotional conversations about the relationship break up, and the day when I was snapped at just for asking about the weekend” gasps Sam. “We had some wild times back in the day” quips Charlie, “Often off our face, doing anything for a thrill”. You vaguely remember Charlie as Alex’s wild friend from meeting at the pub a few times. Charlie later dated Pat, who the media highlights was convicted of drug and firearms offences in 2010. The insinuation is you knew Pat too. Birds of a feather, flock together?

Your partner calls. The kids are being given a hard time at school, and you won’t be required for volunteer sports canteen duty this weekend. The media is camped outside your house, and there is a growing crescendo online and in the neighbourhood to keep “this monster” locked up. As customers of the business you work for raise concerns, your employer caves to public pressure (from outraged faceless online contacts) to be seen to be “doing the right thing” and stands you down pending the outcome of the allegations. “Is it true what they are saying about you?” – of course not. “Prove it to me” – and that’s the problem. How do you prove something that never happened?

The above is of course a fictitious story, and all the names are made up, gender neutral by the way, as this is happening to not only men, but women and people of all other sexes also. In a very worrying trend, what has happened to the presumption of innocent until proven guilty?

Not only social media, but also mainstream media, have a huge roll to play in this trend. Even community gossip at the local club is quick to draw conclusions. It is destroying families, friendships, careers and lives. In some cases, it turns out to be true. Harvey Weinstein, aided and abetted by a woman, was found guilty of using his position for sexual advantage right under the spotlight of a normally very opinionated and attention seeking Hollywood field of people who said nothing for decades. United States Supreme Court Justice Brett Kavanaugh was another high-profile person put through massive public pressure to resign after sexual assault allegations. He endured an extensive trial with unequalled media interest before being found innocent. And all his opponents, many using this for political advantage, continued their lives as if nothing happened. However, the damage to his reputation and life was massive.

These things happen closer to home, and whilst sexual accusations or violent acts make for great headlines, it’s not always that attention grabbing. People with a high public profile, whether as a celebrity, politician or person successful in business or sports are always targets for the tall poppy syndrome. However, unfounded allegations can occur to anybody. It might be a disgruntled current or former employee, jealous co-worker overlooked for a promotion, or estranged friend or partner. Or just someone wanting to catch a bit of the limelight and fame that comes with the attention.

The difficulty is of course that not everyone is guilty just because someone says so. Likewise, we can’t dismiss every accusation even if some evidence may be lacking. There is no punishment for unsubstantiated allegations or false statements. There are even movements protesting that all accusers must be believed.

Sadly, people from all backgrounds lie. Some psychological studies estimate that both men and women lie in approximately 20% of their social exchanges lasting more than 10 minutes, and over the course of a week they deceive about 30% of those with whom they interact one-on-one. These are of course normally “little white lies” – “Sorry, I’m stuck in traffic” is a much more common excuse than to admit you left 10 minutes late. 31% of people admit to lying on their resumes. Spouses lie to each other in “only” 10% of their major conversations. Sexes lie in equal frequency. Think how often lawyers construct far-fetched theories on behalf of their clients whilst trying to establish “reasonable doubt”. Or how often reporters misrepresent or omit giving the full story to get more click-worthy stories. How many times this summer can you count that we were told the hottest days on record will be replaced with an unprecedented and extraordinary weather event with potential devastating impact from possibly golf ball sized hail accompanied by cyclone strength gusts with widespread torrential rain causing flash flooding, unlike any we’ve seen in living memory? A few short years ago we had the then chief climate commissioner tell us that the dams would never fill again, yet Warragamba dam is overflowing (for the second time in 2 years and third time since his prediction) and now contributing to the flooding in NSW just like Wivenhoe did to Ipswich/Brisbane.

Our society needs to immediately cease the exaggerations, “trial by public opinion” and “presumed guilty until you prove yourself innocent”. Those with a legitimate case need to present evidence to an independent authority (usually the Police) for proper investigation and if there is sufficient proof, put the matter to trial. The Police have a difficult task though, with many guilty people let off on technicalities. Full capacity jails and a lenient judicial system also creates limitations. But until convicted in a court of law, the person is innocent.

Our media has become 24/7 reporting of scandals, with opinion and prejudices often confused with facts. We don’t actually want to know what is going on in the world, we want entertainment and excitement! Media should not be allowed to make accusations or statements without checking their authenticity. Facebook, Google etc have even lower rules and standards in terms of truth in reporting, and it is time that all platforms were reigned in and made accountable for the content they publish and the damage they can cause. The above cases are high profile ones, but this goes on every single day in schools and workplaces right around the country.

Our society has become far less tolerant, and we “want justice” to be wrecked upon those we don’t like or disagree with. The court of public opinion sometimes sways very differently when we hear the name or background of the person being accused. There is currently a very high-profile Australian politician being subjected to claims that the police have chosen not to investigate because of a lack of evidence. The exact same claim (except with tabled proof) was put forward against the then Federal opposition leader in 2014, and there were no calls for a resignation or some “independent body” to investigate. No Kangaroo Court was formed, and neither should it have been. He was subsequently cleared by the Police. We can’t commit people based on “the vibe”.

How do we stop this? With difficulty. But if we don’t stand up for the presumption of innocence for everybody (whether we like or agree with them or not), then one day it might just be you that has a knock on the door from a real “Senior Sergeant Jones”. Would your career, marriage, and character survive a selective cut and paste of the collage of your past?