HomeRDW NewsHow NOT to do a Deal

How NOT to do a Deal 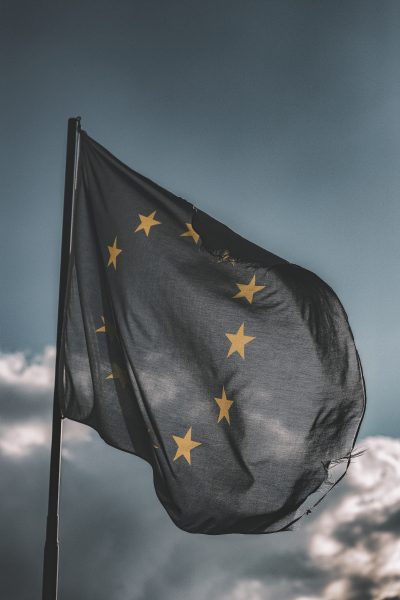 How NOT to do a Deal

It’s been over two years in the making, with highly educated and powerful so called “elites” in charge and has played out daily over the news like a poorly scripted soap opera. It is a case study for Universities and all senior leaders on how NOT to negotiate and do deals. I am of course referring to the unfolding train wreck referred to as Brexit. I’ll stay out of the political arguments as whatever side of the remain or leave spectrum you sit, this has been an unmitigated negotiation disaster showcasing nearly every possible mistake, with the only options left leading to a lose-lose outcome for the UK. Looking at this from a business/negotiation context, how did they stuff up?

No strategy or goal – the biggest single failing is that the negotiators didn’t have a strategy. The goal should have been pretty easy to understand (leave the EU) but needed to be clarified by sub-goals around the circumstances and costs (social as well as financial). What trade deals should the UK be able to do with the EU and other nations? What border controls would work in practice? And so on. Unless you know where you want to go, you can’t draw up the map to get there.

Disconnect between the interest of the involved parties – 52% of the “shareholders” (the British people) voted to leave the EU. Over 75% of “the Board/Management” (the Parliament) are Remainers. Over 80% of the “shareholder representatives” (the media) who voice opinions on the matter are against leaving. And nearly 100% of “the negotiation Team” (senior civil servants, a handful resigned when they realised their advice was being ignored) don’t want any deal to go ahead because it impacts on their personal situations.

The wrong Negotiators – The negotiations were left with the civil servants to run with. They’re not invested in achieving the requested outcome and lacked conviction as well as any business negotiation skills: The negotiators hadn’t done their homework, weren’t listening to their shareholders nor EU counterparts’ concerns, didn’t focus on the others side’s pressures and then suggest ways to meet those pressures, and gave things away without getting anything in return. These things really are Negotiation 101 tactics.

No Authority – the negotiators were also not given any authority to act. Even the Ministers involved had to keep coming back to the leader at every turn, giving them a weak position. Further, the Leader also lacked Authority by having to go back to “the Board” for approval that she was never going to get. To make matters worse, the Leader decided to hold an election that further weakened her support on the Board, largely because of how poorly the Brexit concept was explained to “the shareholders”.

Not selling the message – at every turn, the negotiation Team and their leader have failed to keep the Shareholders informed in terms of what options are available, or more correctly they have failed to explain what the different options mean, and what the end result will look like. Addressing the concerns about for instance requiring a passport in today’s day and age when you need to show ID to a nightclub should be the easy part.

Not knowing or playing to one’s strengths – the UK is the third largest net contributor to the EU. They pay over 250 million Euro PER WEEK more than they receive. 60% of the EU countries get more back than they contribute in funds, and without the UK contribution (13-14% of the total), the EU has a serious financial problem. With the exception of its physical border to EU member Ireland, there are no constraints in being able to have its own trade and physical border. In other words, the UK can quite easily extricate itself from the EU and operate much like any other non-EU country (such as Australia) and develop its own trade agreements, rather than be shackled to EU rules and regulations which can dictate and control nations – just ask Italy, Spain and Greece and their ability to become competitive with currencies, managing their own border control etc.

The Golden Rule – He/she who has the Gold makes the Rules – By comparison, the EU’s main negotiation tools are threats to future trade and movement of people, European courts ruling on a high payout figure, and the so called “backstop” (see explanation of the backstop at the bottom of this article). Smart negotiators could have neutralised or forced a compromise on all three. When you have something that your adversary really needs (such as the money you are kicking in), the UK negotiators should have been in a position of strength and calling the shots, not rolling over at every turn.

Throwing away the Joker – in the ultimate act of stupidity, this week the Board in a very public way decided to tell the whole world they won’t use their trump card (or Joker) – being able to call No Deal is sometimes the best option. Whether they ever used the No Deal card or not, it’s total incompetence to discard it. If all your options mean you lose, common sense says walking away is the best deal.

Burning down the clock – the deadline for a deal was set at March 2019. When you have a set time limit to negotiate, and then make no meaningful progress in the first 95% of that time frame, you’ve locked yourself into an unwinnable position at the end.

Letting your competitors dictate the rules – now out of time, the UK faces the worst possible outcome: it effectively allows the EU to keep the UK inside the EU rules forever. The competitors (Germany and France in particular) will be able to use the backstop to lock them into the EU customs union, which means the UK cannot set its own tariffs, trade agreements, and must abide by European Court rulings and other EU institutions, until the EU agrees it can leave. The UK would have to follow all the rules yet has no influence. Now why in their right mind would the EU ever agree to let the UK leave? The EU will have effective control of the UK, and the money they must pay.

What a mess. UK’s Management have basically painted themselves into a corner with no way out. And they still haven’t learnt anything about setting a goal and devising a strategy to get there.

Unfortunately, I despair that once again history won’t teach us anything, with many Australian companies continuing to ignore the wishes of the shareholders because they are too busy taking instructions from parties without a vested interest in the outcome (the media, activist organisations, and the personal interest of people able to influence within the business). But here’s hoping that there are enough good people out there who might heed the messages and learnings from this history lesson, and maybe be captivated by how the rest plays out.

What is “the backstop”? – a provision introduced during the Irish peace process designed to prevent the reintroduction of border controls between Northern Ireland (part of the UK) and the Republic of Ireland (an EU member). After Brexit, this would be the only UK land border with the EU. The UK and Ireland can only get out of the backstop by mutual agreement before 2022. It’s unlikely Ireland (or the UK for that matter) would ever want a hard border (customs checks for people and goods etc), and Ireland receives more money back from the EU than it pays. Leavers point out that the backstop therefore binds the UK to EU customs regulations indefinitely, stopping the UK from striking trade deals around the world. Remainers don’t like the backstop either, because it means the UK will be subject to customs and trade rules over which they have no say.

You may also be interested in
Tags: BREXIT / rdw / RDW Australia