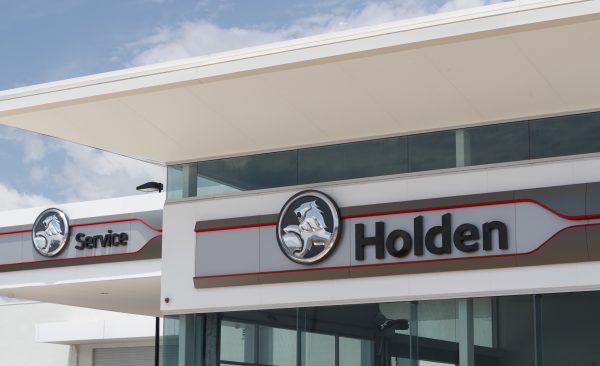 It’s a sad week for Australia when we lose yet another quintessential Australian brand with Holden now being closed. Or is it? Many years ago, I heard a good piece of investment advice: never invest in a company that survives due to Government subsidies or regulation, because it is an unsustainable company that will one day collapse.

Holden received an estimated $2.2 billion in Federal Government subsidies. To put that into perspective, the subsidy was the equivalent of $48,000 per Holden employee per year. Back in 2013 (when the decision to cease production in Australia in 2017 was made), the average production line worker was paid over $100,000 per year (way above the average income back then of $50,000 per year), so basically half their pay was paid for by other tax payers. Which raises the obvious question: why should Australian taxpayers (businesses and employees) have to pay more tax to subsidise unviable foreign owned companies?

Pay rates was probably a relatively minor reason for Holden’s demise. Perhaps the most telling aspect is the belief that a company in Australia exists in a bubble rather than understand that it is exposed to a global economy. As the Productivity Commission found in its 2014 review of the automotive manufacturing industry, protection “dulls the incentives for firms to improve productivity, seek export opportunities, cease unsuccessful investments and diversify into other industries”. This doesn’t only apply to Holden. Australian pay packets have not increased in real terms since 2012, which is mainly due to that productivity in Australia has not improved in that time. Australians and the rest of the world don’t want to pay Australians more just because we’re Australian. We want a quality product at a value for money price.

On the costs side, Holden also had highly restrictive work arrangements, for instance they couldn’t use robotics or outsourcing without union approval, hence couldn’t modernise the manufacturing process to match other factories in other countries. Other shackles include that casuals weren’t allowed, and extra leave allowances nearly made public servants jealous. Further, why would GM Holden have wanted to take the risk of expansion, when all employees were covered by a three year employment guarantee?

But the real alarm bells were on the sales side. In the Holden versus Ford battle ground, I was an avid Holden fan, however in the last 5-10 years or so, I changed colour because basically in every car category with my money on the line I would have chosen the blue oval over the lion. Sales trends of Holden gives the same picture.

From being Australia’s top selling brand for decades, in 2019 Holden didn’t even make the top 10. Even worse, combines sales of all Holden models was less than each of the top 3 models sold on the market! In other words, the brand didn’t have the products the market wanted. The market was buying SUV’s and big utes followed by fuel efficient small cars, whilst Holden persisted with tinny and bland models of “everything else”. Adapt or perish.

The Australian car industry is a case story in relying on Government protection. They were sheltered from external competition thanks to import duties and luxury car tariffs, both of which there is now no justification for keeping (except for propping up Government coffers). Whilst it’s sad to see people lose their jobs (but most were paid between $300,000 and $500,000 in redundancy payments in the process), there should be an upside in that cars in Australia should become more affordable by the immediate removal of these taxes (I’m dreaming?), thereby improving road safety as more people can afford to buy better, more fuel efficient cars. Cars sold in Australia are up to 3 times more expensive than the same models in other countries around the world.

Looking at this from a macro-economic perspective, the collapse of Holden should ring loud alarm bells that we need to encourage investment into profitable sections of our economy. And that should be done at the expense of subsidised industries. Government subsidies distort the market and means we’ll never gain competitive advantages. Scrap the insane French diesel powered submarine contract and buy proven nuclear powered subs from either USA, Japan or Germany. This looks like a $200 billion white elephant that will make the NBN pale to insignificance. And get out of subsidising some producers in the energy market and let consumers decide how our power is generated.

Governments role should be simple: to provide a level and fair playing field. Then let market forces pick winners and what the market wants.

Did you know: if you get finance to buy a new machine, you can arrange to have the finance cover the attachments you need too. To ensure you get the best value, you can get your financier to make what’s called a dual disbursement, that is, pay the machine provider for the machine and a different provider (such as QRB) for the attachments, thereby giving you the best of both worlds.