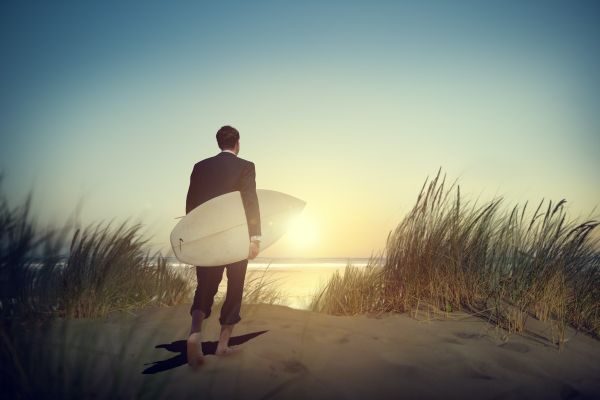 Insolvencies this year are 59% lower than 2019, which should be great news. Except, like a lot of “soothing” data of late, it is actually the sound of the tsunami siren giving an early warning of pending destruction. Based on trying to instil confidence for businesses to invest, the Federal Government has rather quietly announced that insolvent trading relief will now be extended out to the end of 2020 in a bid to prevent further job losses and avoid another massive hit to the economy, Here’s what you need to know to successfully surf the growing wave of financial destruction from “Zombie companies” in what will be the ultimate dumper.

The Federal Government temporary relief for financially distressed individuals and businesses has been extended to 31 December 2020.

The measures specific to insolvency law regimes are:

The above is known as Safe Harbour legislation and is only ever meant to be a short-term protection.

Whilst this might seem harsh, all this is doing is kicking the can down the road and means that solvent businesses have to trade in a market with otherwise insolvent competitors and debtors, risking their own health. These “Zombie companies” (indebted companies that are surviving on life support measures such as Job Keeper and other Government incentives, and only meeting interest costs and not paying down the principal portion of debts) are therefore able to put off paying creditors. The amount of money they owe grows larger by the day, meaning that when they eventually fold, the consequences will be larger and more unpredictable (in many cases dragging down good companies with them). A Safe Harbour only works to withstand normal sized waves. When a massive wave breaches the walls, it will basically flood and scupper the unsuspecting businesses and people sheltering behind its’ walls.

So in reality, the short term measures of Job Keeper and Insolvent trading leniency is becoming counter productive as it is propping up companies that should be allowed to fail. Throwing further taxpayer funds at these businesses is wasting tax resources and simply allowing the amount of money owed to creditors to pile up even further.

There are “hidden” costs in this too. There are well managed and honourable companies that have to compete in what has become an uneven playing field. Last week, abattoir JBL had to sack 600 employees at Dinmore because it wasn’t receiving Job Keeper whilst its smaller competitors were, thereby allowing them to outbid JBL on the purchase prices for cattle.

Another example is a small building contractor who had competitors slash their prices by 30% on largely labour only contracts (so they fell below the 30% decline threshold for a month earlier this year), thereby qualifying for Job Keeper that subsidised their workforce for the next 6 months. The competitor could probably also shuffle some invoices from one month to another, thereby receiving the subsidy as an unfair competitive advantage, even when business improved. This benefits the unscrupulous/poorly managed business, whilst penalising the otherwise sustainable companies that didn’t access Government handouts.

In fairness, the Federal Government were in a position early on in the pandemic that they had to provide support measures to aid the economy quickly. However, the issue is that they are now compounding the errors they made with the schemes by not fixing the earlier errors. Other than the insolvent trading issues highlighted here, they should have put in place during the scheme extensions simple measures such as that nobody can receive more in Job Keeper than their normal pay. This is even being used by some as an excuse not to report to work, and is stopping other employees from looking for new (sustainable) work.

So what can you do to surf the wave out of trouble and get back to shore? Be very diligent in which companies you deal with. The obvious one is not to give credit to companies you think might fail (but that is very hard to gauge at present). However, also consider which companies you use for supplies (i.e. if you pay a deposit, will the company be able to deliver? If you pay progress payments, make sure all the work has been completed first. Will they be around to honour the warranty? etc).

Business Experts generally identify common traits of Zombie companies as: bold statements of being number one; being slow to adapt; relying on Government handouts; having unwavering vision and refusing to hear conflicting information or acknowledge negative events. Some of that is “gut feel” information, so I prefer more solid signs of Zombie companies such as late payments; requesting unusual contract terms; disengaged employees; undergoing refinancing that doesn’t come through as expected; and they are winning work by undercutting competitors below what you know to be the reasonable cost of the product or service. Further, be weary of any company that still receives Job Keeper payments from October onwards.

We are grateful that we are part of essential industries such as waste & recycling, agriculture, construction and mining that deliver measurable value to society. It is also an industry that has helped Australia through Covid19 and requires continued investment in the future to continue to benefit Australia. We therefore never hit a brick wall like “non-essential” industries such as travel, sports and entertainment did, but we’re still exposed. You don’t stop building the house or road, but you need to be confident you’ll get paid before you start the next one.