Tackling the issues that never get talked about 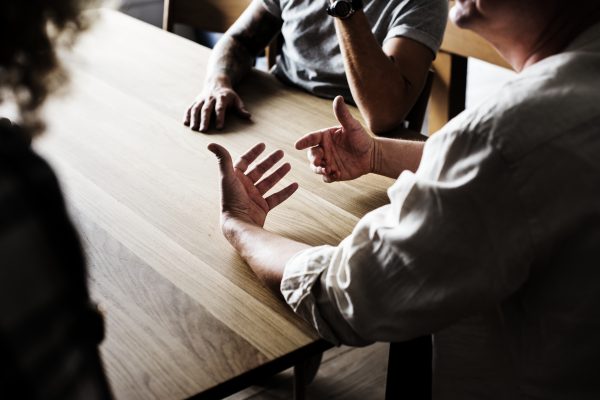 Picture yourself in this situation. You receive a lawyer’s letter that you are being sued for a bullying and/or harassment incident. Allegations are made about an event that happened some months ago, but it is construed that it has been ongoing for some time. Whilst only scant details are available at this point in time, you obtain and review security video of the area, and indeed it shows person B (the accused) and person S (the accuser) to be in the area at the alleged time, but there is nothing conclusive to show what has happened. B and S have known each other for a long time and had hundreds of interactions over the years. How do you feel, and what do you do?

That depends on if you visualised yourself as person B, S or in many cases the “uninvolved” party – the employer. I have been vocal for many years that the legal system favours the perpetrator over the victim, and still believe that there is insufficient punishment for many crimes that therefore don’t act as a deterrent. However, something interesting has happened over the past decade or so. The accused always had the right to the presumption of innocence, and it was up to the accuser (often the Police) to provide evidence to enable a prosecution.

A few years ago, it was determined that in an employment context, the onus of proof should be reversed and in fact transferred to the employer. How do you prove yourself innocent if nothing actually happened? Surprisingly little has been said about this over the years, possibly because irrespective of which party is correct (as usually it involved two employees), the onus was on the employer to investigate, control and deal with the matter. In recent times the employers available tools (such as disciplinary action or even dismissal) has progressively been removed by Fair Work rulings in favour of allowing the perpetrators to remain in their roles. Employers also can’t check past history of potential employee’s, whether that shows a history of making vexatious complaints (or injury claims for that matter) or having a history of being found guilty of wrongdoing.

What we are seeing now is that this precedent is now moving into our wider society. The media and various (sometimes well-intentioned but usually vindictive) movements remove the presumption of innocence and apply a reverse onus of proof and allow a virtual trial by social media.

Two startling cases in the US have made worldwide headlines. First, there was Harvey Weinstein, with allegations from some 80 women spanning over 30 years, that all came out with allegations last year of indecent behaviour. The evidence seems fairly compelling, and this extraordinarily unacceptable behaviour shook the world as an example of abusive behaviour coming from a person in a position of power. I don’t think Weinstein even once physically forced any of the women, but the insinuation (or well-known Hollywood society fact) was that if they didn’t comply with his sexual requests, their Hollywood careers weren’t going anywhere. It’s interesting that with so many high-profile male and female people in Hollywood supposedly knowing about this, none of them ever did anything to stop it.

The second very public trial by media was against Judge Brett Kavanaugh. Perhaps emboldened by the prominent Weinstein case, the now 53 year old Kavanaugh was accused of rape during his university years several decades earlier. Now that the event has been very extensively investigated, it appears that the allegations were made to discredit and destroy his appointment as Supreme Court Judge. He maintained his innocence throughout, and no evidence against him ever passed the so-called pub test (all the witnesses were discredited too). Yet, the toll on Kavanaugh’s life is massive, whilst those who made the unproven allegations have no adverse actions taken against them.

It’s easy to dismiss this as irrelevant to us in Australia, but it’s happening here too. The current cases against actor Geoffrey Rush and NSW Opposition Leader Luke Foley spring to mind. The cases for Rebel Wilson and the Wagners vs Alan Jones show that the media portrayals need to be properly researched. So what does this have to do with employment in Australia?

Whether we are an employee, Manager or business owner, this is a very real potential issue. If you documented and recorded every movement of yourself and those around you, you would never achieve anything (other than a heap of headaches to solve). The experts can’t present credible, real world solutions, especially until we return some personal responsibility into our society. However, here are some suggested safeguards:

I’m always a big fan of supporting statements with facts and figures, but there are no reliable statistics on the frequency or cost of bullying and/or harassment in the workplace. Whatever the statistics would be, they will underestimate the true cost. You can never measure the impact on the victim, nor the full cost of the process, and I doubt any party is ever happy with the outcome.

Not only does each person need to exercise due care and attention, the time is also coming for the pendulum to swing back to more balanced ground. We need to ensure that complaints that are made are actioned accordingly, but also that when they are frivolous, they are called out as such and prevented from happening again in the future. Had employers had that information about Weinstein a few decades ago, he probably wouldn’t have been able to continue to use his position to find his prey. Unfortunately, we will probably need to see some more public cases of both true and incorrect cases before the message gets through. The accuser is not always the victim. There is also no Winner, and employers and others cannot continue to be collateral damage.