HomeRDW NewsWhat you get for an hour

What you get for an hour 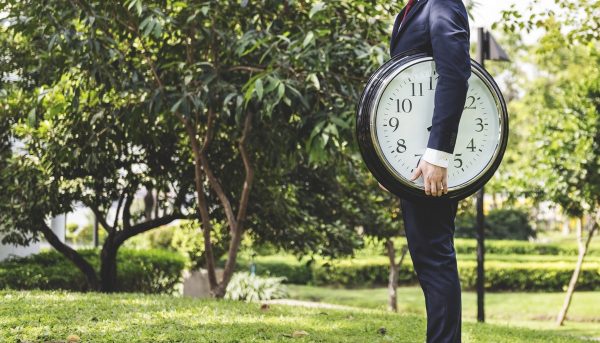 It’s interesting to compare people’s expectations of what they should pay for something. Why can some occupations or people charge several times more per hour than others? What is the correlation between charged rate and the cost of the service provided?

I know a number of Doctors, and in most cases they strive to become specialists rather than GP’s. Whilst being a specialist no doubt requires in depth knowledge about a particular subject area, if it were me, I’d rather have the variety and mental challenge of being exposed to different experiences every day (like a GP) than spending often decades doing the exact same thing as a specialist. It’s striking also that in terms of automation, Doctor Google (and even blood test analysis) is more likely to automate a GP’s role, than a robot is likely to take over the fine motor skills required for specialist operations when that would appear to be the logical place to put a robot (overseen by a specialist perhaps). The GP has a more complicated “human” role in terms of being able to communicate effectively with empathy that can’t be done by a machine.

But I digress. I can never understand how we as a society accept certain charges without really arguing about them, yet other often provable work gets questioned. A Lawyer (another occupation where they really do the same work each and every time, for instance contracts that could often be cut and pasted from one client to the next) often charges $500/hour (in six-minute increments or part thereof). They usually like talking, so the bills rack up quite rapidly. They also have no “skin in the game” each time they lose (which by simple mathematics is half the time, although I’d argue their customers probably lose nearly every time). The bills often get charged to people who can’t afford them (or is paid for by “someone else” such as legal aid, Government, or business), yet bills aren’t (or can’t) be challenged. There would be very few areas with such a low level of accountability for outcomes.

Another area of “accepted” charges relate to IT. More and more IT jobs are being outsourced overseas and because of the nature of the work, this is probably the most rapidly growing Gig economy segment. This should put downward pressure on IT costs. Yet IT costs have been very high for decades now and continue to rise despite the globalised nature of this work. IT companies typically charge $150-200+GST per hour, and it is very difficult for a customer to verify how long someone has been working on your particular job – it’s usually done remotely and taken at face value. Not just that, you have absolutely no idea how productive or knowledgeable “your” tech is. It is therefore very difficult to know if you received value for money. It reminds me of an old IT invoice floating around about the repair of a super computer in the 1980’s: Cost of part: 10 cents. Knowing which part to change: $200,000. Whilst the customer didn’t know what was involved in the repair, they could easily estimate the cost of the whole system being down or worse, lost altogether, hence why the charge had no correlation whatsoever to any labour time factor.

By comparison, the charge out rates for fully qualified Diesel Fitters, complete with a considerable number of tools, truck, workshop, admin and technical support etc has remained fairly unchanged over the past decade around the $100 mark. That charge rate must cover things like any re-work or hick ups on a job, unrecoverable down time, holiday and sick pay, training, uniforms, tool replacement, vehicle and machinery financing and depreciation, insurances, development of work processes and systems etc. It’s usually pretty easy to see if the work was carried out (you can see what was replaced, and/or can see that the machine is back up and running). The cost of getting the machine fixed is actually very low when put in the context of the cost of downtime associated with NOT having the machine running, especially when considering the flow on effect to the productivity of the rest of the site operation.

What is striking about the above scenarios is that the occupation that should have the lowest cost base and most comfortable work environment (a lawyer) charges the most, whilst the ones with the greatest costs and “dirtiest” environment charges the least (mechanical services). Sometimes it’s an upside down world we live in.

In conclusion: I learnt a long time ago that “It’s not the hours you put in, it’s what you put in the hours”. In other words, it’s about being productive and knowledgeable rather than simply passing the time. Whilst looking to buy a safe recently, the safe technician told me it took him 16 hours to get into a particular model and it looked like swiss cheese afterwards. However, the second time he had to break into the same design, it took him 20 minutes and he could repair the safe. It highlights why I’d rather pay someone twice as much per hour who knows how to do the job, than have someone working on my stuff who doesn’t know what they are doing.