As for any business or industry, it is important to pre-empt upcoming issues and factors that will impact on us, so we can plan accordingly. I found this chart by Queensland Economic Advocacy Solutions (QEAS) on Qld Apprenticeships particularly concerning. Once a problem is identified, it’s important to find a solution, but on this issue it looks like mis-diagnosis will lead to money being thrown at a solution that won’t fix it.

Whilst this chart covers all apprenticeship disciplines, from knowing what other businesses in our industry have done with their apprenticeship programs over the last few years, Diesel fitting and associated trades would have a very similar profile. Commencements increased during the mining boom, then collapsed when raw materials prices fell. Further, the decline in the chart coincides with the reduction in commencement and completion incentive payments, as well as the dramatic increase in first and second year apprentice pay rates set by the Fair Work Commission. It’s hardly surprising that increasing the costs for employers to take on Apprentices would lead to a reduction, especially as many group training companies (who predominantly employed Apprentices to take advantage of the incentives) reduced their programs.

What we should be looking at though is completions. The completions graph follows “commencements” and those “in training” very closely, but there should be a lag equal to the length of the courses undertaken. The second related observation is that completion rates are around 40% to a maximum of 50% of commencements. That means that more than half of those who commence an apprenticeship never complete it!

We are already experiencing the early stages of the next shortage of qualified trades people. This situation was made worse in our industry during the last boom/bust cycle, where many skilled people were promoted or changed career when the work dried up, and aren’t going back onto the tools.

It is often under appreciated what the costs are associated with time spent training apprentices. We’ve always had the philosophy that employing an apprentice is an 8 year program. That’s a very long time for a person usually fresh out of school, but basically there are 4 years of official training (including wearing the cost of inevitable mistakes), then 1-2 years when they are thrown the keys to working on their own (roughly cost neutral if you are lucky), before the next 2 years when the company starts to recoup the investment. As they say, you get less time for murder…

Our apprenticeship completion rate is over 90%, and we have a good retention rate once the training is completed. Granted, we don’t put through football team’s worth of apprentices every year. However, what I believe are the reasons for low apprenticeship completions in general are poor apprenticeship selection processes. The number of applicants we’ve had over the years who “want to become a fitter to go and work in the mines” is astounding. They never get a start here. Why would we train someone who has already told us they will leave as soon as they can? Secondly, their primary consideration is chasing the dollar, rather than choosing a career in something they need to enjoy doing. As I told several of these hopefuls during the last boom, by the time you complete your 4 years the boom will be over. Most of our Apprentices have been people whom we know well, for instance existing employees and others who have shown a strong passion for what they want to do.

The other key criteria is good character. Often this comes from their upbringing. And this is an area where Government should put more resources in. I’d rather see the abolishment of employer commencement incentives and put that money towards ensuring that school leavers have learnt what the responsibilities are when joining the workforce. Crikey, they are well schooled in “their rights”, and whilst it’s hard to teach work ethic, something needs to be done to make them job ready. So throwing more money around with all these commencement bonuses amount to nought if the person doesn’t finish their qualification.

To insure, or not to insure

Here’s a quandary I never thought businesses would face. Are you better off having Directors and Management insurance against claims, or not? With the cost of premiums increasing by up to 200% in the past 12-18 months, this increase is still projected that to be under-estimating the costs just for class actions already under way. Premiums are set to increase further. The real twist though is that if you DON’T have this cover, it is much less likely that lawyers will take any action against you.

A typical example was the recent headline grabbing class action of a legal firm that started a class action on behalf of women who received dodgy breast implants. In their media announcements, the legal firm’s sales pitch was that they were fighting to make the firm accountable as their main objective. If you check the status of the action, it has been dropped. Why? Because the lawyers worked out that there was no insurance coverage available to claim on. So much for the class action being based on “fairness” principals. It was all about charging billable hours for the lawyers.

To put the issue into perspective, settlements in securities class actions were $112 million in 2003, and had increased to $1.5 billion in 2017. The number of law firms in this sector have increased from 11 in 2005 to 43 last year.

So what needs to be done? Simply take the sugar off the table. Much like when Willie Sutton was asked why he robbed banks, the answer was “because that’s where the money is”. Currently, in class actions the lawyers and litigation funders frequently get more than half of the payout. Getting paid by the hour means there is no incentive to be efficient, and this is made worse by the fact that the longer the process, the larger the portion of the payout they receive. Litigation funders default starting position is to get a minimum of 30% of the settlement, plus costs. The more entrepreneurial class action firms don’t wait for clients to contact them, for example there are already several actions being started against AMP just from the hearings in the Banking Royal Commission. The shareholders are set to sue themselves – talk about being stupid.

There is a discussion paper out to discuss how to better handle the class action system. Whilst it raises some good considerations, it is submitted by lawyers so the reforms will probably not be as extensive as required. Maybe the best signal businesses can take is to simply NOT take out this kind of insurance. Removing the sugar from the table makes the conundrum one for the insurers and lawyers to argue about who’s to blame.

Nothing left to drive 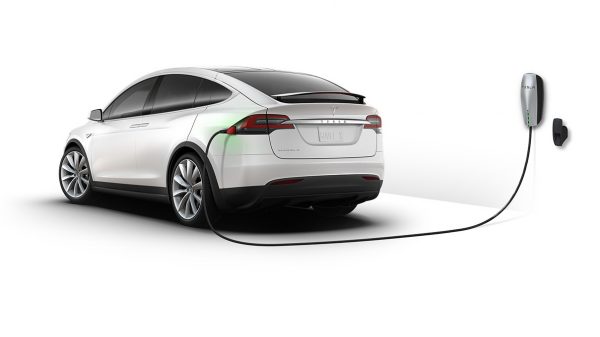 Speak now, or forever hold your peace. If you enjoy cars (or even if you don’t, but you need one), you urgently need to contact our dear Environment Minister, Josh Frydenberg. If you don’t let your thoughts be known now, don’t come crying when there are no vehicles available to suit your needs.

They are in the process of introducing a tax on any vehicles that emit more than 105g of CO2 per kilometre. Not ONE car in the top 40 sold models in Australia meets this definition. So not only have we already managed to kill all Australian car manufacturing, but they have kept all the tariffs that were put in place to protect our local industry. These should have been dropped immediately when the last manufacturer left to help reduce the cost of vehicles to the Australian public. They are now going to make it even more expensive to update to newer (cleaner) and safer cars by taxing them even more. That in itself is an own goal.

But wait, I hear some people reminding me that we have Tesla’s, Nissan Leaf’s  and other electric cars that overcome this problem. For starters, nearly every time an electric vehicle is being charged it is night time (with no sun or wind to provide power). So, they are being charged using Coal. Calculations show that the CO2 emitted during the power generation plus accounting for all the losses in getting it to the charging point etc means that an electric car produces more CO2 than a large SUV. But hey, the CO2 doesn’t come from the back of the car, so it must be OK?

Other considerations include that we live in a large country with vast distances, and especially in rural areas electric cars are simply not viable. Further, we’ll end up holding on to old cars and eventually replacing them with smaller (less safe) cars, that will not be able to tow. And I’m yet to hear any meaningful discussion on what we are going to do with the upcoming stock pile of end of life batteries. Usually, it’s good to consider facts and making sure a viable solution is available before making a decision. Nowadays with our politicians, common sense doesn’t appear to rate highly on the radar.