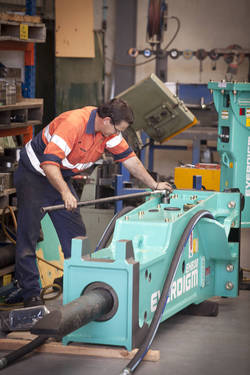 So whilst we have known unknowns like a looming Federal election (with a probable change of ruling party) and a precarious housing market (hopefully with a gradual correction rather than crash) impacting people’s spending ability, we can’t do much to change these things.

Best therefore for businesses to concentrate on managing the known knowns. Australia has continued to extend its world record of uninterrupted annual growth, now up to 27 years, and a correction is well overdue. Anybody under the age of about 45 has therefore never seen tough times, and it will be a major challenge for our society to deal with this over the next few years.

The Construction business environment is again having to deal with a growing skills shortage. During the last downturn, as an industry we under-invested in upskilling our workforces, with for instance Diesel apprenticeships down to about a quarter of what they were at the peak. Competing to attract talent is one thing, but many businesses could benefit from remembering that the best talent, especially in terms of knowing your business, is probably the people you already have.

Focussing on Staff Retention can therefore be a very effective strategy. Forbes recently published a study of the top reasons why people change employers. The top 3 reasons were:

Perhaps surprising for many is that Higher Salary or Financial Stability came in at only a combined 6%. A business that can alleviate the above three points (which can either be controlled or at least impacted by a good Manager) have therefore removed 65% of the reasons why employees leave their employer.

As for the unknown unknowns, these will probably peak this year. Governments and many businesses (think Gillette/Proctor & Gamble as a textbook study) around the world seem detached from the people they are supposed to represent. So, expect more French style Yellow vest protests and incompetence a-la Brexit style negotiations (caused by politicians who don’t have true beliefs to fall back on) to provide a plethora of unpredictable disruption this year.

RDW would like to thank all our loyal customers for your continued support last year, and to wish you all a very prosperous and successful 2019.