In this month’s latest news offering, we focus on the pitfalls of modern consumerism – buyer beware! From environmentally (supposedly) friendly energy, to machinery maintenance, and unfair contracts for workers. There is a lot to stay on top of! Are you prepared when it matters most? Read on to find out…

Like most people, I care for our environment, after all, we all live in it. Did you know that the energy required to manufacture a solar panel is greater than the electricity the solar panel will generate in its life time? When you start to look behind the surface of the so called Green movement and their climate change mantra’s and see such basic common sense faults, it begs the question why so many people fall for blatant misinformation.

I was very excited myself about the potential for battery storage to add to our own solar panels (amazing the government subsidies that have been available that made this stack up), and would even like to go off the grid at some stage. But consider the following:

Tesla is regarded as the largest battery producer by far and leader in the field. When they achieve full production, they will produce enough batteries in one year to power Britain for 20 minutes. Whoopee. The cost of those batteries for 20 minutes supply is $AUD180,000,000,000

To replace the coal fired Stanwell power station (producing 4,100MW) with the same amount of wind power on demand (using battery storage) would require 400 gigawatt hours of storage at a cost of $210 billion, just for the batteries. That’s nearly 100 times more than the combined value of the equivalent Stanwell coal power station ($2.4 billion) etc. Add the cost of the turbines to that (which are so unreliable they downed the entire electricity network of South Australia). I can’t even imagine the area required to house these batteries. Let alone what would happen if they decided to do a “Samsung Note 7” and melt or explode.

Batteries have a limited life. Most car batteries last 3 years, but let’s assume a 10 year life can be achieved. There is still no consideration given to what happens to all these batteries when they require replacement, nor the environmental impact they will have. So not only does battery and wind power fail the economic test, it creates more environmental issues than it solves…

My figures have been extrapolated from a good article by Matt Ridley in The Times (24/10/2016) (link to article). And we need forward thinkers like Elon Musk, especially in Australia. Why we persist with giving massive tax payer funded grants to continue to subsidise this industry is even more ludicrous when the solution has been around for generations: hydro storage. Less costly, less destructive, proven to work, and no end of life issues.

I’m not big on giving share tips, but I’m putting my money on any coal or gas miner over a company like Tesla. Tesla is reportedly burning through $USD 1 billion per quarter in cash, after taking into consideration the $USD4.9 billion in subsidies they have been paid. Sell Tesla, buy BHP. If we want to look after our environment, we need to open our eye’s and minds, because there are alternatives that can improve our environment. Just don’t get blindsided by ideology against logical facts. 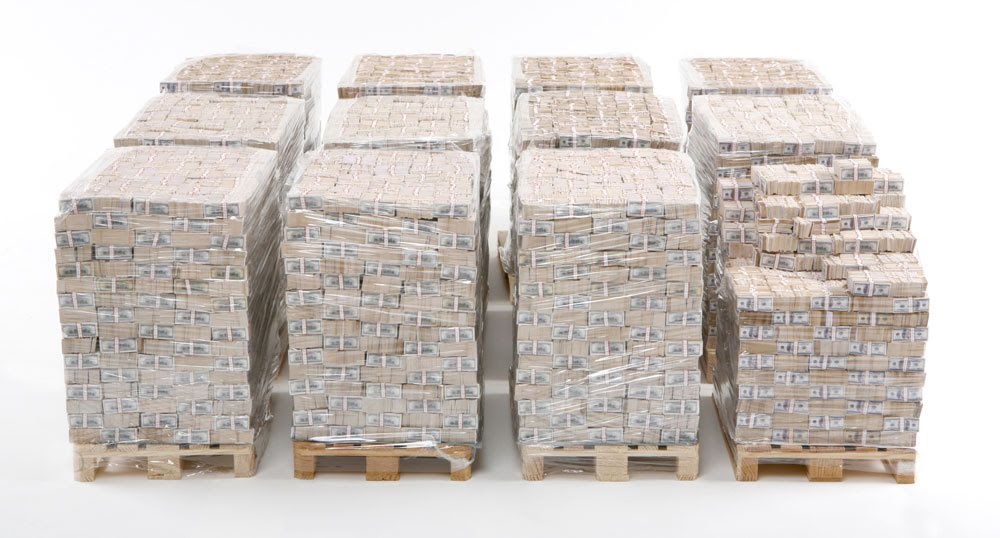 We have had an influx of people looking for service and repairs of their new rock breakers. Sadly, there is one common thread – they didn’t heed the buyer beware advice, and have purchased unsupported brands because “they were cheap”, and have bought products that even Qld Rock Breakers can’t repair. Some buyers’ rock breakers lasted one hour, others a few days. The issues are inconsistent, but examples include surfaces not being machined properly and even o-rings missing, so the unit won’t pressurise. Bodies that are meant to have a certain hardness are soft. Materials are inferior and wear out or self destruct. Most of these things you can’t see from an external inspection, except for a flash paint job. “Cheap” soon becomes nasty and costly. If you want to save money and can’t afford a new rock breaker, give us a call as we have options to help you, including rental and used rock breakers.

Are you paying your employee’s correctly? As business managers, we have a myriad of issues to stay on top of, and employee conditions is but one area. We have 122 modern awards in Australia. I have tried to get guidance on a pay matter from Fair Work Australia on more than one occasion in the past, and they have a policy of not giving it to you in writing. Obviously this is to stop the possibility of them getting sued for giving the wrong advice, even though that is what they are paid to give and do as a full time job. So it’s still the employers butt on the line, even when you try to do the right thing.

So I was pleased to read that our tax dollars are “hard” at work with Fair Work having started their first 4 yearly review of Awards in 2014. By the way, I’m not aware of any consultation with employers about the review? The outcomes are due to be delivered in late 2017. Just in time before the Fair Work Act requires the next 4 yearly review to commence in 2018. If it takes Fair Work 4 years to identify the issues and come up with amendments, that in itself says the current structure is too complicated.

With the debacles surrounding many EBA’s (Coles, Seven Eleven, or Bill Shorten’s Union deal to pay cleaners less than Award are only three examples), the trend seems to be for large employers to revert to awards. This should be the perfect time to then simplify all these awards and conditions and do what most of the rest of the developed world do – just have minimum employment conditions. I’m sure the current review can still come to that conclusion within the next year before their deadline?

Don’t forget, the new Unfair Contracts legislation takes effect in November. This will impact on ALL businesses and commercial dealings in Australia. Whether you’re a large or small business, click here for more information.