Faithful readers will recall from our January 2016 Newsletter the heads up about unfair contracts legislation that took effect November 2016. The first legal case using this legislation has now bitten its first victim. In essence, a company can not enter into a contract that creates a significant power imbalance between the parties. The easiest way to think of this legislation is “Do unto others as you would have them do to you” – if your contract doesn’t meet this requirement, it is illegal.

The ACCC won its test case (against JJ Richards, but they won’t be the only company) on a number of grounds. Those clauses that could be applicable to our industry include:

As 97% of Australian businesses are small businesses, any company now using Standard Form contracts is most likely in breach of these laws. Whether you are a customer or supplier, you need to be aware of the Unfair Contracts provisions, as it could render the whole contract void, meaning a court can deem that it never existed and everything in it is unenforceable.

Shooting oneself in the foot

Why do people persist with going ahead with certain activities when the outcome can only be detrimental? In a truly Darwin-esk decision, the Australian Manufacturing Workers Union has decided that they will use $250,000 that have come from its members on a publicity campaign to encourage Australians NOT to buy Unilevers Streets Ice Creams (Paddle Pops, Magnums, Cornetto’s and more) produced by its members. Why? Because Streets won’t sign an EBA with the Union if they can’t improve productivity, so the Union would rather see their members unemployed. Streets is Australia’s largest ice cream manufacturer and the Streets factory employs around 200 people. Closing the plant seems like the logical and straight forward decision, except Streets have snookered themselves by previously agreeing to a minimum 6 month redundancy for all employees, plus 4 weeks per year of service. That hurts even more when you let your average wages balloon to $105,000 per annum per person for what in most cases are low skilled tasks. 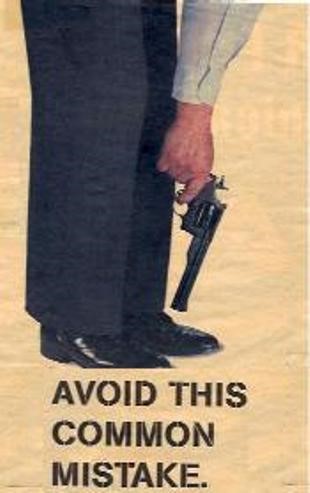 When in negotiations, I’ve always believed you need to offer something of value, and it can help to hold some trump cards. This push to “make this global corporation listen by hitting them where it hurts” is almost guaranteed to lead to the closure of the plant. It is almost 30% cheaper for Unilever/Streets to land ice creams from Europe (after accounting for 16,000 kms of frozen transport) than it is to get it out of their Minto NSW factory door. That means that the production cost in Australia is double that in Europe. Things that the company want to address in any new EBA included removing the highly restrictive rules around which staff can work in which role, to overcome for instance situations where if 1-2 employees are on leave or a break the entire production line doesn’t have to close down (staff are not allowed to work in any role other than “their” role, even if they are trained for the other duties). If Unilever can’t bring back manufacturing costs, the obvious decision is to close the plant. That, my friends, is a lose-lose-lose deal, and I didn’t think anybody was that stupid.

Nobody likes a fibber

I recall back in the 1980’s (now I’m showing my age – back in my day….) driving a number of family sized sedans that all achieved fuel consumption of 7-8 litres per hundred km on the open road. Since then, ever new model release is usually accompanied by manufacturers proudly announcing fuel consumption has been reduced by 5-10% through technology breakthroughs. Based on car models being updated every 3-5 years, that means standard cars should now be achieving results between 3-4 litres per hundred. I challenge anyone to prove to me that they can achieve that under normal driving conditions.

But what about our Government provided fuel consumption figures? After all, these “authorised” figures even give manufacturers tax exemptions and are a major sales point, so surely they should be trusted? I fully support the Australian Automobile Associations campaign to finally bring confidence back into Manufacturer claims. They have conducted real world testing on 30  of the most relevant models on Australian roads, and found popular cars using up to 59% more fuel that advertised and emitting more than 7 times the legal limit for noxious emissions!

Now if you think that sounds bad (and it is), the Miles Consultancy is a company which monitors fuel use for fleets. It analysed data from all the vehicles it runs, and found that hybrid and plug in hybrid (PHEV’s) returned “worryingly high fuel consumption and emissions” compared to diesel models. PHEV’s in the real world consumed THREE times more fuel than official figures suggest. CO2 emission as measured from the tail pipe were on average 5% HIGHER than from the diesel cars. Big Note: this does NOT include any CO2 produced in the power generation required to charge the batteries in the car. So much for battery cars being better for the environment.

We are now hearing that some countries claim to be “leading the way” by granting tax exemptions on battery powered vehicles in the name of saving the environment. Nobody is even talking about how we handle all these batteries at the end of their life, which is a really scary environmental concern. Perhaps we need to get some sanity back, and ensure that the data used to make these decisions are correct rather than based on ideology before we go any further.