What are you really buying? Pt 2.

Our previous Newsletter (click here) covered why new replacement parts are increasing in popularity, with now even major construction and mining companies gradually understanding the benefits. These products provide product improvements to overcome issues with the original parts as well as a reduced total cost of ownership. This edition goes through some considerations you need to make when choosing where to get your new replacement parts from.

Not all parts are created equal…

Our business sometimes gets tarred with the same brush as other parts suppliers. It is important for you to know what you are buying. Take these two examples:

1. We have pins and bushes from some Italian suppliers. Other companies in Australia also buy from the same source, but buy the version with inferior steel and hence a lower price. So just asking which supplier it came from doesn’t mean it’s a comparative item.

2. Take a look at the picture showing two D6 track plates. Both are the same part number. One is cheaper than the other. If you purchased purely on the lower price from a competitor, you are getting a plate with questionable steel quality, reduced base thickness, the cheaper one is in effect already 15% more worn simply by measuring the lug height (which still doesn’t consider the impact of different steel), and of course just looking at the surface you can see that the smoothness and metal finish is different.

As the old Asian saying goes: Same, same, but different! 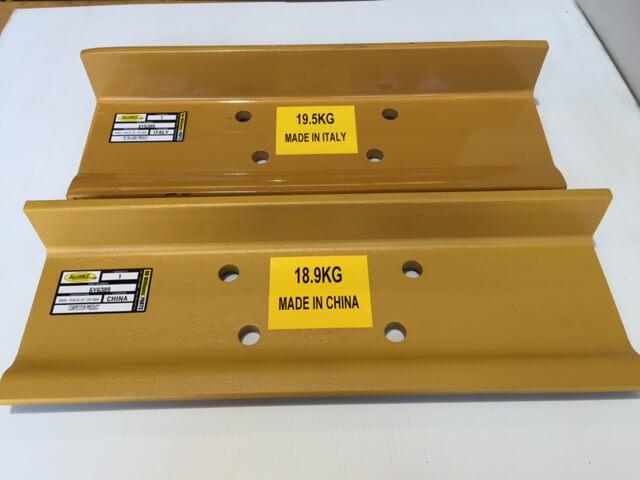 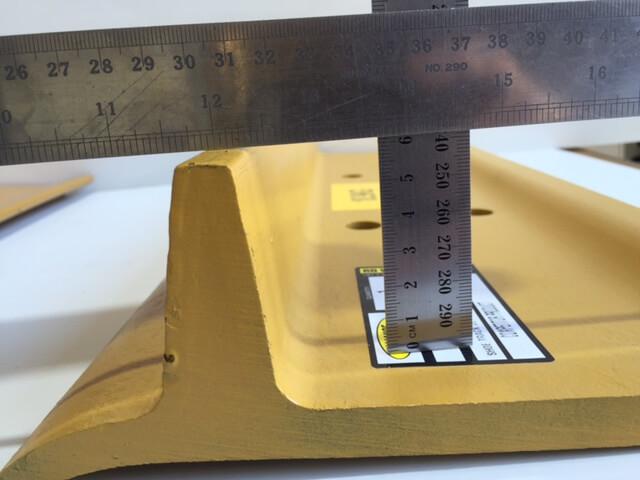 Note that RD Williams supplies new replacement parts. We do not supply aftermarket parts. There is a significant difference. After market parts are generally copies of the original and are sold on price alone. By comparison, new replacement parts are new parts that give the best fit for purpose at a value for money price. We agree with the OEM’s that customers need to be careful when buying aftermarket parts, with our main concern being that because people don’t understand this significant difference, we sometimes get tarred with the same brush. In most cases, you do get what you pay for.

Clearly, not all non-genuine parts are like leprosy, best kept away from. In a can’t beat them, join them attempt, we have seen in recent years that local OEM dealers have started selling non-genuine parts and components. That in itself is an acknowledgement that there is value for money in looking at alternative supply sources. The problem for these OEM companies is that despite being substantial and professional organisations trading on their OEM brand reputation, this is still a sideline for them hence they don’t necessarily source the best product. And they still have substantial cost structures that they have to build into their price.

When choosing your supplier of new replacement parts, make sure you are dealing with a company that has the capabilities to support the products they sell. Some considerations that RD Williams has you covered on include:

Whether you are buying a complete machine from us or a part or component, we have the capacity to support you. Why not put us to the test and ask to see the proof and a walk around our business the next time you come to see us?

They say the line between stupid and genius is fine. Lawyers are generally regarded as being at the intelligent end, but it seems some of them tip over the edge and join the other end of the spectrum. One can’t help but laugh at the irony of one ambulance chasing class action firm (Maurice Blackburn) bringing a class action against one of their main rivals (Slater & Gordon, S&G). Nice to see one of these firms being on the receiving end of what they normally dish out as a “fight for fair”, “get what you’re entitled to”, “no win, no fee” etc case. Especially when you consider the reasons for the class action: S&G are alleged to have made false and misleading statements, engaged in deceptive conduct and potentially breached continuous disclosure statements, mislead the market and failed to keep the market fully informed.

That’s the legal lingo for not keeping shareholders fully up to date with major developments. It’s even more scary if you look at what those major developments were that caused S&G’s share price to fall over 95% from $8.07 in April 2015 to $0.385 now:

I guess it’s much easier to take companies to court, than it is to actually run one yourself, even when you do regard yourselves at the genius end of the spectrum? Much as I like to see ambulance chasers put in this vice, the only winners in this saga will be the lawyers at their rival Maurice Blackburn who are being paid legal fee’s during the process. After all, if the shareholders win the class action, the payout of over $250 million (and climbing to an estimated $1 billion) is greater than the market capitalisation of $136 million, so where will the money come from? The shareholders are in effect suing themselves…

This is the same company that recent Prime Minister Julia Gillard grew up in and learned how to run things, and we are still feeling the financial impacts from her unfunded decisions with the Federal Government deficits extending for many more years into the future.  Sadly, none of the greedy lawyers or incompetent managers will lose a cent as they’ve already been paid their exorbitant charges.